In the year 1962, a newly independent India was the first country to establish diplomatic ties with the European Economic Community. With an aim to deepen their ties in trade and economy to establish a camaraderie of culture and people, the two regions signed a cooperation agreement in 1994. In 2004, this relationship evolved into a ‘Strategic Partnership’.

This roadmap highlighted the importance of global connectivity and the impact of cooperation on human lives, especially during the times of the pandemic. Since 2005, India and the EU have been strategic allies, and the COVID-19 epidemic presented not only challenges but also new opportunities which caused supply chains to further expand and diversify.

In the time of global crisis during the pandemic, India provided essential medicines to many EU member states including France, Netherlands, UK, Germany and Italy. In a similar manner India was supported with critical medical equipment by EU member states during the second wave of the pandemic in the country. Countries like Netherlands and France donated relief material, including ventilators, test kits, concentrators and other medical equipment, apart from providing fiscal support to boost social welfare systems.

Germany assisted India with 330,000 coronavirus testing kits and 600,000 pieces of personal protective equipment [PPEs] and provided short term loans worth € 460 million. Other countries including Italy, Denmark, Sweden and others have magnanimously contributed to this cause.

Moving forward, strengthening of ties will prove to beneficial to both India and the EU for a plethora of reasons. India being the largest democracy in the world is situated in the centre of the crucial Indo-Pacific area. The fastest-growing emerging economy with a projected yearly GDP growth rate of over 8%, India is the tenth-largest commercial partner of the EU in terms of trade. India’s second-largest commercial partner is the EU.There are around 6,000 European businesses in India, which provide 1.7 million direct jobs and 5 million indirect jobs to Indians.

After a gap of nine years, India and EU revived fresh talks on FTA, with a focus on industrial goods, agricultural tariffs and services, framework for investment, rules on intellectual property and competition, and commitments on sustainable development issues, such as environmental, social and labour rights, etc.

The proposed FTA will be economically vital for both the sides. From EU’s perspective, the free trade agreement (FTA) with India will support the EU’s aim of fostering partner countries’ integration into the world economy and will strengthen its role in global trade governance.

From India’s perspective, it will boost the “Make in India” campaign, thereby assisting in establishing India as a global manufacturing hub. Furthermore, the FTA will strengthen India’s attempts to utilize its growing domestic economy and burgeoning middle class to support its rise as a global economic power.

The EU, being India’s largest trading partner and investor as well as its main source of technology transfer, will facilitate enhanced investment flows and technical cooperation. This would enable European companies to help India in its vision of developing 100 smart cities and other initiatives directed towards sustainable and resilient growth of the Indian economy.

India and the EU have a common interest in each other’s security, prosperity and sustainable development, and together they can indeed contribute significantly towards ensuring a circular, sustainable and stable world. 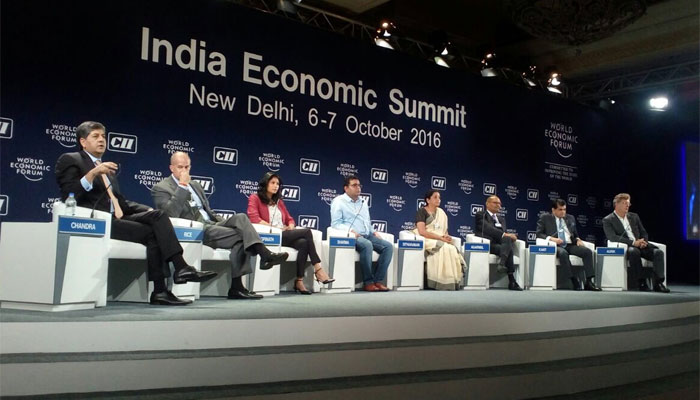